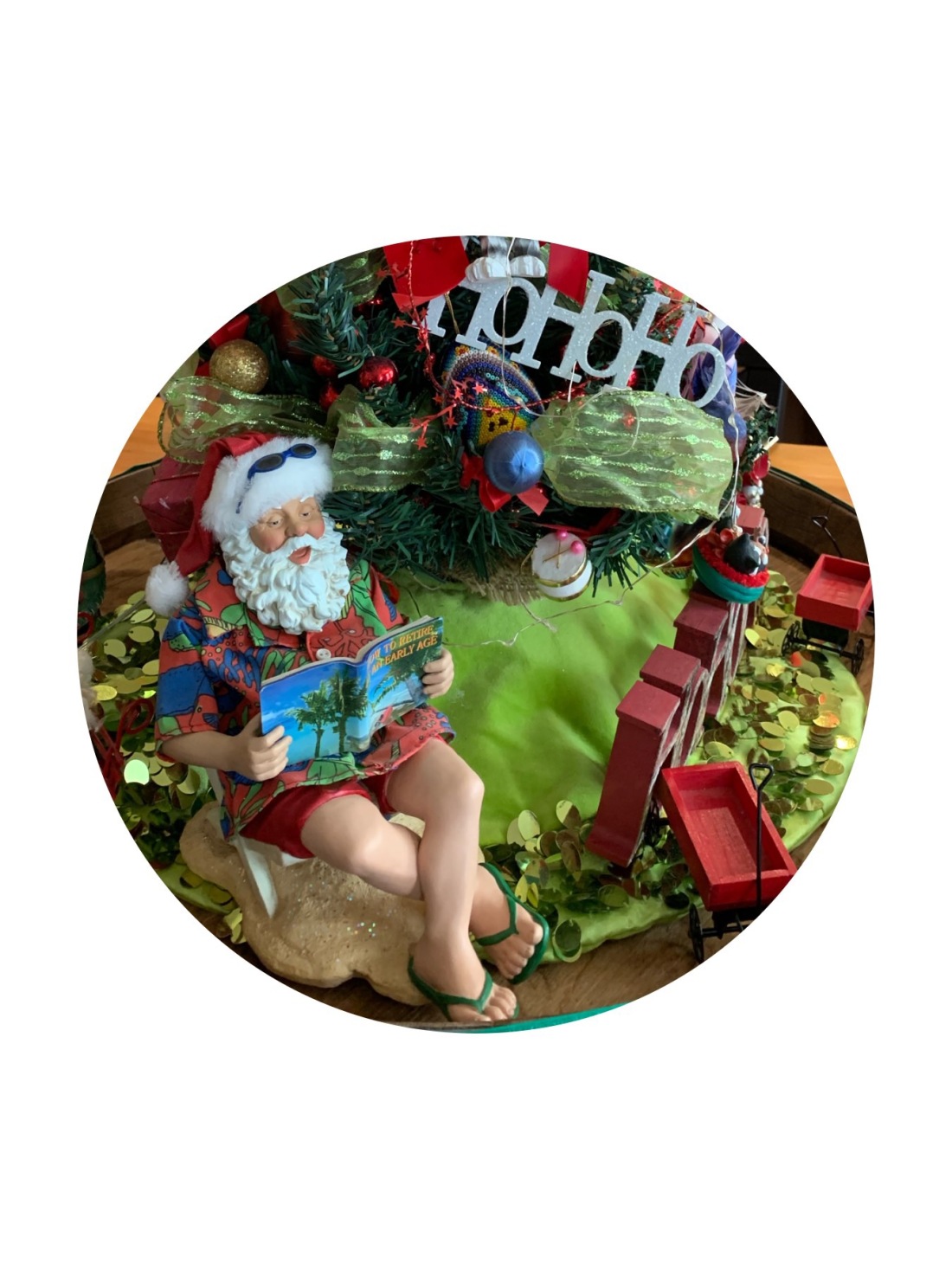 Santa Claus made a lot of promises last month in the election.  During the run up to voting, he could be often found on the beach telling the beachgoers all sorts of good things would come if he was elected.  It was difficult to see if he was a Democrat or a Republican.  Nevertheless, Santa is my age and then some and if you cannot believe Santa who can you believe?

When you look down the beach where I spend my time you noticed three distinct sections.  There is the relatively small section occupied by what I call the healthy and wealthy.  They seem to be having a good time. Hard work and good luck pays off.

The larger middle section of the beach is occupied by people just kind of  making it through their beach experience.  They do worry much more than the healthy and wealthy but as long as they do not suffer a major health problem or their company is unable to keep their pension checks coming or the stock market crashes, they are fine. Comes the day they need assistance with activities of living, they may have a problem.

The final section of the beach is around the bend and not easily visible from the rest of the beach.  Here the beach is rocky and not particularly enticing.  The folks here are in a precarious state, often with chronic health problems and dependent primarily on social security.  It seems the number of people on this section of the beach is growing larger every day.  This group gets lost in the shuffle.  Out of sight, out of mind.

All the attention paid to health care in last month’s political campaigning seemed to have been forgotten at least until the decision by a federal judge in Texas last week declaring Obamacare unconstitutional  .You get the impression that particular tide will not come in again until 2020 when it can be again exploited by the Santas in both parties.  In the meantime, expect more posturing by politicians of all ilks.

The folks on the beach and elsewhere will be disappointed but they should not be surprised. I remember in 2010, right after Obamacare was passed with no Republican votes, a Democratic congressman telling me that what he called “corrective changes” would be made to some obvious flaws. Never happened and one result was last week’s controversial judicial decision.

We are seeing in California that our new governor is backtracking on grandiose promises he made concerning health care. Just too expensive to do now.  He knew that before the elections but promises are cheap unlike reality.

Instead, now there is a pivot to education, specifically making pre-school free and available in public schools.  Most pre-schools are now private.  Students who go from there to kindergarten have a leg up on their classmates whose parents could not afford to pay for pre-school.  That does not seem right.

If I were Santa I would also give priority to education.  The needs of kids should take priority over those of us on the beach.  We have had our time in the sun. That is easy to say given my spot on the beach.

Still, I wish there was a way to bring those beachgoers around the bend back to the main beach.  I wish I had spent more time before I hit the beach thinking about ways my health system could have done well by doing good for others on the beach.

There is a great opportunity on the beach for organizations, private and public, to be creative in meeting the health care needs of this burgeoning sector. Can we help Santa deliver on his promises?

In the meantime ho, ho, ho and whether you are on the beach or still trying to get there, the best to you in 2019.

Gary Passama retired as president and CEO of NorthBay Healthcare in Fairfield, California, on March 31, 2017. He has over 45 years of experience as a senior manager, the last 35 years of which were spent as CEO of NorthBay. He holds a Bachelor of Science (Honors) degree in Business Administration and a Master of Public Health degree in Hospital Administration, both from the University of California, Berkeley. He also likes the beach. View all posts by Gary Passama